Diaper rash certainly isn’t fun, but making homemade natural diaper rash cream for my babies is enjoyable. I like that I know exactly what is in it, and it’s made with lots of love.

Because it is made from just a handful of quality ingredients, it could be considered a minimalist baby product. And here on the mountain, it’s an essential one.

Organic store-bought diaper rash cream can get expensive. At one point, we were spending around $15 for one small jar. It worked well, but we frequently had to buy more.

After realizing how simple it is to make effective natural diaper rash cream at home, we have saved lots of money. We also don’t worry about running out, since we try to keep the ingredients on hand.

I’ve tried a few variations of this recipe, and this one that I’m sharing has worked best for us.

Why You Should Try This Homemade Natural Diaper Rash Cream

First of all, it’s non-toxic and all-natural. And did I mention how simple it is to make? With only four ingredients, it couldn’t be much easier.

Shea butter soothes irritation and promotes cell regeneration. Plus, it contains vitamins A and E.

Cacao butter, also called cocoa butter, nourishes the skin and prevents it from drying out. It also gives this natural diaper rash cream its sweet scent.

There are so many reasons to love coconut oil. It is anti-bacterial and anti-fungal, which makes it a key ingredient in this diaper rash cream recipe.

All three of these ingredients are chock-full of healthy fatty acids, which help the skin barrier function properly.

Have you noticed the proposition 65 warning on containers of bentonite clay? That’s because it contains trace amounts of lead.

For a long time, I was hesitant about using bentonite clay in my homemade natural diaper rash cream. Sure, I had used it in skin care masks plenty of times without worry, but I was reluctant to put something containing lead on my baby’s bum.

Finally, I came to the realization that a lot of the organic produce I eat contains trace amounts of naturally-occurring lead. Because it also comes from the earth — from aged volcanic ash — bentonite clay does, too.

Thankfully, from what I understand, the lead found in bentonite clay is not readily absorbed by the body when applied topically. Studies seem to show that bentonite clay may actually help rid the body of heavy metals like lead.

Moreover, clay has been used safely in skin care treatments for centuries. It is believed that ancient Egyptians used clay masks to draw impurities out of their skin.

I encourage you to do your own research and reach your own conclusion, if you don’t feel comfortable using this or any other ingredient. Trust me, I get it. As a mindful mother, you care about what goes on your baby’s sensitive skin.

I’ve made this recipe omitting bentonite clay. As a substitution, I used organic arrowroot powder. Although the diaper rash cream was soothing and provided a moisture-barrier, in my experience, it did not relieve redness as quickly.

What You Won’t Find in This Natural Diaper Rash Cream

This natural diaper rash cream does not contain zinc oxide, which can cause issues with cloth diaper absorbency.

This DIY diaper balm also does not contain essential oils. Don’t get me wrong, I like using essential oils, but I chose not to add any to this natural diaper cream recipe because it’s advised not to use them on children under three months old. I wanted to be able to use this diaper rash cream on my newborn and toddler.

More importantly, you won’t find any of the toxic ingredients that are often found in commercial baby products. Sadly, many of those contain neurotoxins, carcinogens, and endocrine disruptors.

The skin is our largest organ. While working at one of the top organic spas in New York City, I learned that our skin absorbs up to 80% of what we put on it.

This homemade natural diaper rash cream doesn’t contain any synthetic fragrances, but it smells delicious. And, although I don’t recommend it, it’s safe enough to eat.

1. Melt the shea butter, cacao butter, and coconut oil in a double boiler.

2. Stir in the bentonite clay.

Add one tablespoon of organic arrowroot powder, if you it is too oily for your liking.

Store it in a lidded glass jar for up to a year. 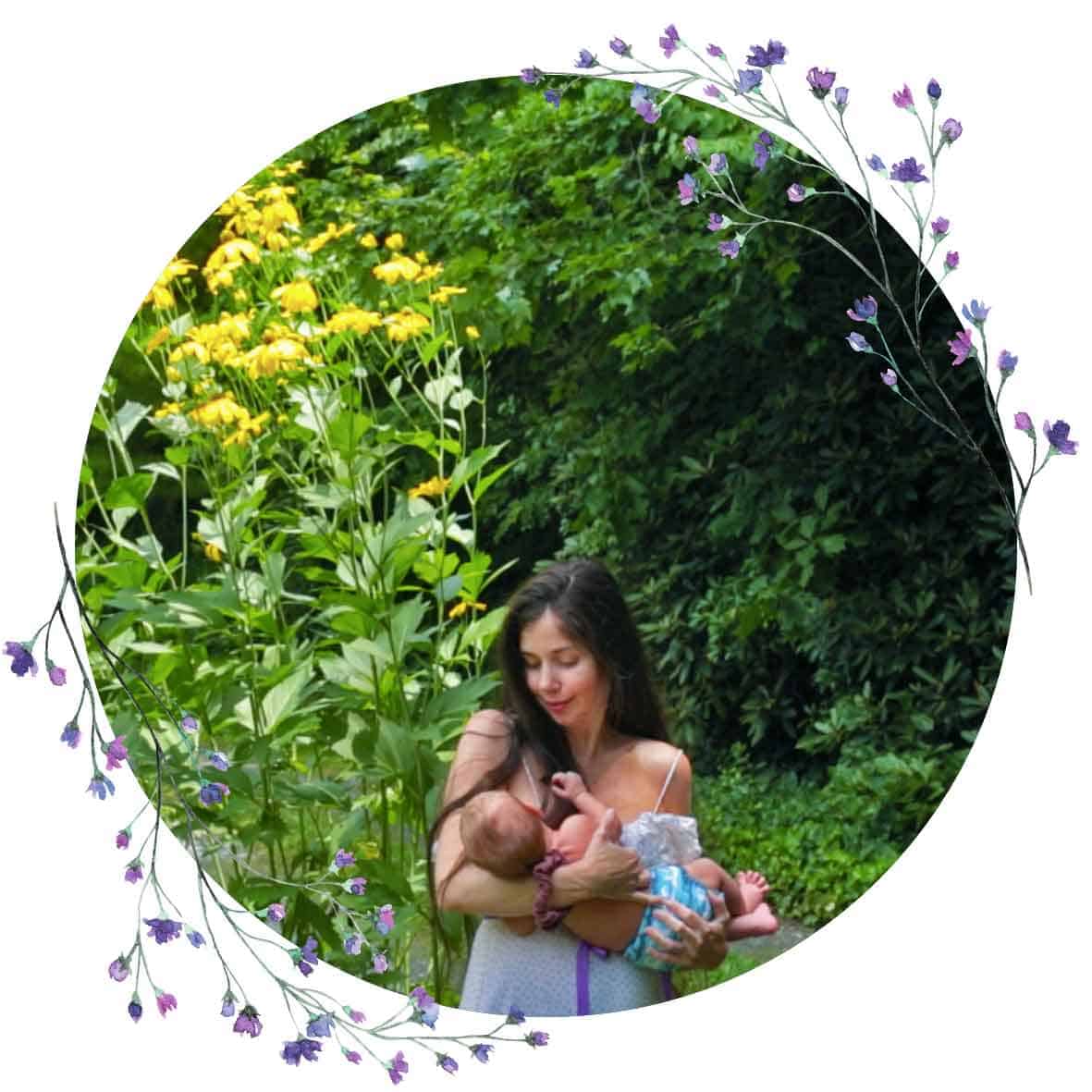